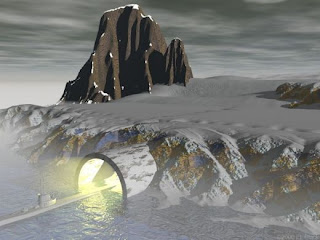 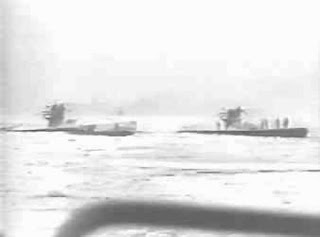 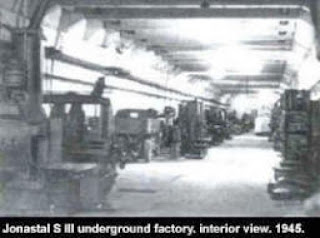 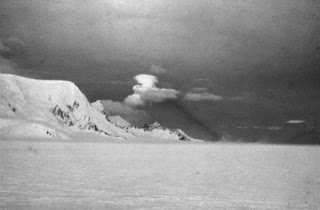 After all the data was gathered deep underground construction teams came pouring into the renamed Neu-Schwabenland. They came on cargo ships, military transport ships and submarines. The cargo ships coming from South Africa were protected by a host of killer-submarines and military ships. This might explain the intense German war efforts in North and South Africa. Any ship that even came close to the shipping routes from South Africa to Antarctica were destroyed by German U-boats to safeguard the secret.

After all the goods were brought, the VIPs and scientists started to show up with a compliment of ULTRA, a highly specialized German SS team like the United States Majestic 12. ULTRA has always been in control of Antarctica. ULTRA is the name of a secret alien interface agency in the National Security Agency.

Remember that the NSA has connections to both the German SS and the Dulce base. According to contactee Alex Collier, the upper level members of the NSA-ULTRA group are cloned replicates or have been so heavily implanted, virtual cyborgs, that they could be considered as being barely human -- automatons who are remotely controlled by the Greys group ego or group mind.

Far Too Many Coincidences Not To Be Truth

It is also noteworthy that ULTRA is also the name of the Above Top Secret CIA-NSA-Alien base under the Archuleta plateau and peak northeast of DULCE, New Mexico. This might also explain Valdamar Valerian insistence that early newspaper clippings just prior to the outbreak of World War II imply that Germans were all over New Mexico exploring caves and mines, buying up property and engaging in all sorts of mysterious activities.

New World Order May Be Headquartered In Antarctica

Could Antarctica be the real power behind the New World Order? If the German bases still exist in Antarctica then they would no doubt still have secret contact with the Bavarian cults which sponsored and were an integral part of the German party. Like the Bavarian THULE society for instance.

It is interesting that re-united East and West Germany are paving the way for the unification of Europe. All economic bar codes must be processed through Germany, Germany is trying to impose enforced nepotistic career restrictions where a career is determined by the family one is born into, a British news agency spoke of investigations of the Bavarian Secret Service which was reportedly smuggling weapon grade plutonium into Germany from a nuclear black market operation they had established in the former Soviet States.

Illuminati Not Remaining Neutral By Any Imagination Stretch

The Illuminati has its base in Germany in Bavaria and Germany has been the most active country in the international drive for Internet censorship and control. Democracy seems to be dying a painful death in Germany, IF it ever really existed there in the first place. As for Neu Schwabenland the construction and secret projects in Antarctica continued throughout the entire course of World War II.

Just before the end of World War II two German provision U-boats, U-530 and U-977, were launched from a port on the Baltic Sea. Reportedly they took with them members of the antigravity-disc research and development teams of ULTRA. The last of the most vital disc components were on these vessels. Much of the technology and hardware had been transported to the base during the course of the war.

This included the notes and drawings for the latest saucer or aerial disc designs and designs for the gigantic underground complexes and living accommodations based on the remarkable underground factories of Nordhausen in the Harz Mountains. The two U-boats duly reached the new land of Neu-Schwabenland where they unloaded everything. When they arrived in Argentina several months later their crews were captured.

U Boat Crews Sacrificed Themselves For Germany

It seems as if they were either counting on the formerly German-friendly Argentineans to allow them access or it could have been that they intentionally allowed themselves to be discovered for disinformation purposes. The loyal Germans may have thought "Yes, we are the last two renegade German submarines. We have been trying to hold out but, oops, you caught us."
Posted by Stendek at 2:27 PM